COVID-19 as a Seasonal Virus: What Happens If It Becomes Endemic

Experts are warning that, even with wide-scale vaccination, COVID-19 may not entirely disappear. It could become endemic, just like the flu.

While life will eventually return to normal, there is no guarantee that it can completely eliminate SARS-CoV-2, especially because vaccination has been focused primarily on adults. Very young children who are yet to receive immunization can still be exposed and become ill from the virus.

However, when it does become a global endemic, it will become less of a concern. Fewer people will need to be hospitalized from it compared to 2020. The death rate will also be a lot lower.

Looking at the Past

The flu, which spreads every year, caused a pandemic a century ago, much like what is happening right now. The 1918 pandemic, the most severe in recent history, was caused by an H1N1 virus. About 500 million people, or one-third of the entire world’s population, were infected. At least 50 million people died from it.

However, unlike COVID-19, the virus killed children below the age of 5, 20-40 years old, and those older than 65. The high mortality among the 20 to 40 age group is still a mystery. After it was synthesized, much of its devastating properties are still not yet fully understood.

But, the 1918 pandemic never really ended. The strain of the virus that spread around the world and killed millions of people comes back regularly as the seasonal flu.

Moreover, throughout the past century, the descendants of the 1918 flu combined with bird flu or swine flu to create new strains that eventually became pandemics on their own. The outbreaks that occurred in 1957, 1968, and 2009 were caused partly by the virus that emerged in 1918.

Likely, the same will happen with COVID-19. The current virus is following the same patterns as its predecessors. As with all previous pandemics, the infection and fatality rates are often the highest during the early years. However, as more people receive immunity through infection or vaccination, the illness becomes less severe. The number of people who will be hospitalized and die of it declines. 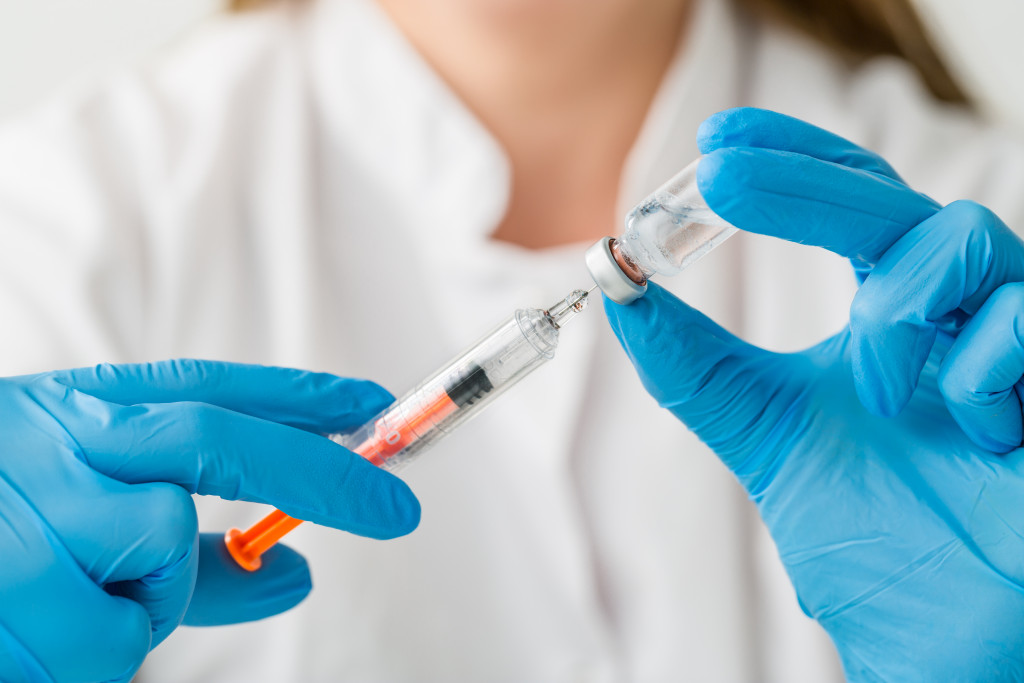 Impact of Endemic COVID-19 on Life

When it does become endemic, COVID-19 will fade into the background. The virus will be less of a concern, and the restrictions created to control its spread will be lifted. There will be no more masks and social distancing. It still will be a threat to those who have co-morbidities and the elderly. Vaccinations will still be necessary to ensure that the virus is not spreading wildly into the community, potentially infecting those who remain vulnerable.

In the near future, it also likely will become easier to detect. Right now, the most accurate test for COVID-19 is through polymerase chain reaction(PCR). It involves getting a nasal swab to search for the presence of viral RNA.

However, there are other ways to test for COVID-19. The lateral flow tests (LFTs) can give a diagnosis on the spot, but it is not as accurate as PCR. The antibody test detects previous infections.

At some point, as the tools improve and become widely available, people might be able to access accurate testing much easier and faster. They may be able to buy a test from a nearby pharmacy for a small fee and get a result immediately. This will allow them to isolate and seek treatment as soon as possible, preventing others from catching it, too.

Establishments will hopefully also become better at preventing airborne diseases from spreading. The past year has been a lesson on the importance of ventilation in enclosed spaces, including offices and stores. When everyone understands why ventilation is necessary and takes steps to improve it, illnesses, not just COVID-19, will spread in a slower and more manageable manner.

Will There Be Annual Booster Shots?

Studies confirmed that booster shots improve the efficacy of certain vaccine brands. However, there is still no clear indication that annual boosters will be necessary. In the case of Pfizer-BioNTech’s Comirnaty, the efficacy drops from 96.2 percent two months after the second dose to 84 percent after six months. A booster boosts the efficacy, but two doses already confer very high protection against the virus.

Even with the Delta variant, Cominarty has proven that it is still very effective. Those who were reinfected after receiving their second dose manifested mild symptoms if they experienced symptoms at all.

A booster may be required, but it will become much easier to access. It will be similar to how flu shots are administered yearly.

COVID-19 might never go away, but life will eventually return to normal as vaccination continues to protect the population. Policies that were created to slow the spread of the virus, such as masks and social distancing, will drop. However, herd immunity is still necessary to protect those who will remain vulnerable to the virus.